One of the biggest frustrations with former foster children who have managed to make a life for themselves is the inability to give advice in an impactful manner.  Specifically, to give open, honest, direct and sometimes harsh advice to the people who need it – the social workers, the prospective foster parents.  I think I am starting to understand why.

First, the need for foster parents in this broken system is so extreme that most social workers who are in charge of foster parent training are probably worried about scaring off prospective foster parents. Bringing in a former foster child for a group conversation can backfire. Things come up and out of our mouths that can scare the shit of people.

Second, you have to think of DFCS as a business.  DFCS is the supplier of children, the foster parents are the customer. The foster child is not the product, but rather the patient.  We are the never ending patient.  We are “Patient Forever.”

END_OF_DOCUMENT_TOKEN_TO_BE_REPLACED

See if you notice a pattern. This took all of 5 seconds to find:

(May 14 update: gong to keep revising this post as an ongoing list of aging out examples, check back often).

But remember, when you hear about the progress in foster care and how “it’s different now” than it used to be.

But the data don’t lie. And systemically, it’s not changing. 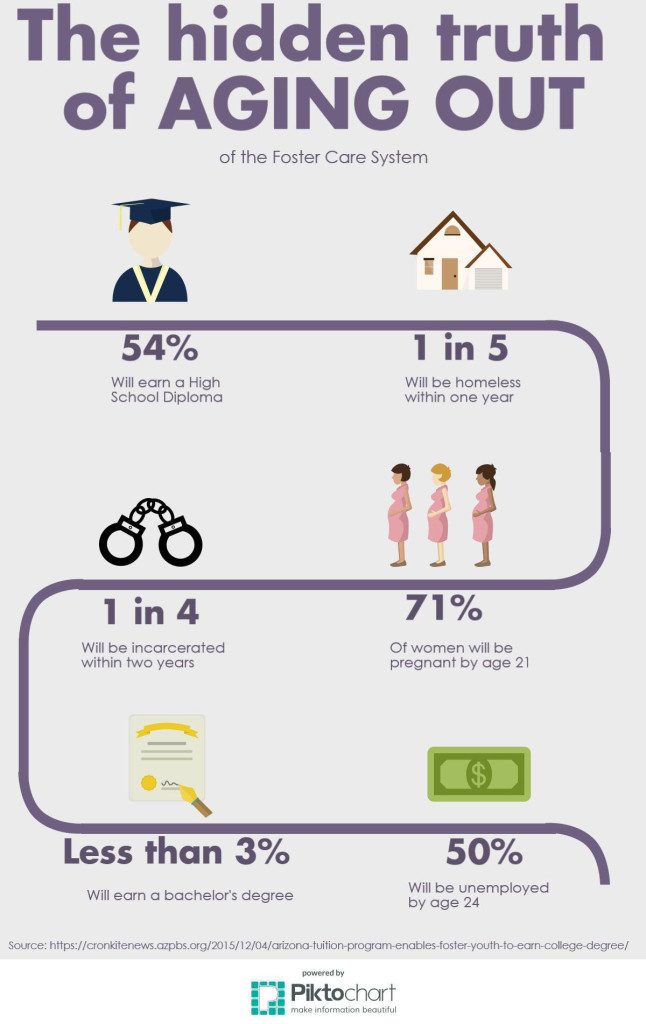 I provide the background here because I don’t discover these sources of insight on my own, that’s why I read LGM.  Time is short.

The most effective way to relate to “normal” people what it is like to be an adult surviver of long term foster care is to use analogies.  I can think of no better analogy than race.  But I will preface this with a couple of caveats because when we use race as an analogy, things can go very wrong, very quickly.

With that out of the way…

When Damon Young responds to Kanye West’s bullshit about slavery being a choice he does so with the most powerful proof he has – himself:

“Dying a slave is not a mark against you or your ancestors if you happen to descend from slaves. It also does not minimize or ignore the myriad ways they attempted to challenge the institution of slavery (and if you are not aware of those histories and those stories, do something Kanye obviously doesn’t do and read a fucking book). Instead, it is proof of their strength and resilience and faith and fight.

That proof, also, is you.

Anti-blackness—the lesson plan for white supremacy’s multidisciplinary base curriculum—is so relentless and pervasive and nimble and tricky that it has attempted to convince us to regard the men and women who came before us as something other than the fucking miracles that they were. We ain’t all come from kings and queens, and that’s fine. We mostly came from people who fought and clawed and scratched to etch space to be human when the economy of the entire fucking country was predicated on preventing that from happening—who combated a centuries-long lack of humanity with humanity’s peak.

And that’s enough. That will always be enough.”

As adults, we find our former foster selves voluntarily justifying our worth, our validity. We shouldn’t have to.  We shouldn’t feel as though we have to.

For me, when someone asks me “tell me about your family.” or “where is your family,” or “how many brothers and sisters do you have,” it feels the way I imagine it would feel if I were to  ask a black person “so tell me about being black?”

I mean we’re at this party and everyone’s having a good time and all of a sudden I stop the music with the most insulting and dumb question I can imagine. That’s the best way I can describe it to you. And that’s why I find the racial analogy so powerful – because as slow as we are to address race in our culture, most white people who can read a book are at long last slowly starting to understand that race is an issue.  And that base of understanding is what allows other movements to present their view point, wether we’re talking about LGBTQ rights, MeToo, or any other cause. The cause of racial justice and the people who have carried it have laid the groundwork that so many people now use to find their voice and which we then take for granted.

And that is why I must paraphrase Damon Young on behalf of all foster children:

We didn’t all come from ideal, perfect families and that’s OK!  We came from flawed people who made mistakes and yet – here YOU are!  And that’s enough. That will always be enough.

The hell you need to know about my family?